With its headquarters in Nazareth PA, Martin Guitar is one of the oldest guitar companies and has a rich history of manufacturing Martin acoustic guitars. For many Martin is the Standard of guitar manufactures, i.e. the company that all others want to be like. While the flagship guitars are not cheap, Martin has introduced some less expensive models that still have the years of guitar making experience put into the design. Whether you’re getting one of the longtime standards or one of the newer models you won’t be disappointed.

Let’s take a look at a small sampling of some of the Martin guitar line:

The 000-28 has been around a long time but it tends to be forgotten when thinking of the Martin Acoustic Guitars. The famous D18, D-28, D-35, and D-45 guitars tend to get all the press. If you are looking for a guitar with a sweet tone that responds well to your lighter playing style, this is an amazing all wood rosewood guitar and you won’t be disappointed in how well its made. 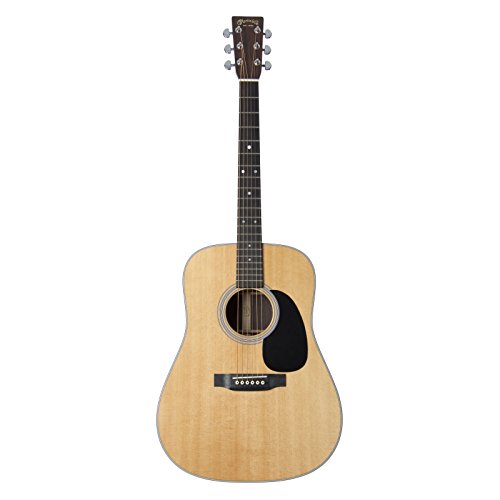 Martin has made the Dreadnought line of acoustic guitars famous. The first 14 fret version of the dreadnought line came out in 1934 prior to that they were built with the 12 fret construction. The Martin D-28 is considered the “Standard” when it comes to Martin acoustic guitars. Famous artists throughout history are known for having a D-28 in their arsenal. Talk with any serious guitarist and they probably own one or have owned one.

The D-28 comes with a no frill’s look. Simple dot inlays on the ebony fretboard, simple rings around the sound hole, a black pickguard, white binding around the body, and no binding on the neck. But the woods used to build the guitar are second to none and present the wood grains beautifully. If you like the sound and shape of the D-28 other models you may be interested in are the HD28 which is similar to the pre-war D28’s that were built with the herringbone binding on the body or the D35 with its beautiful 3-piece back. See our review of the HD28 guitar here. 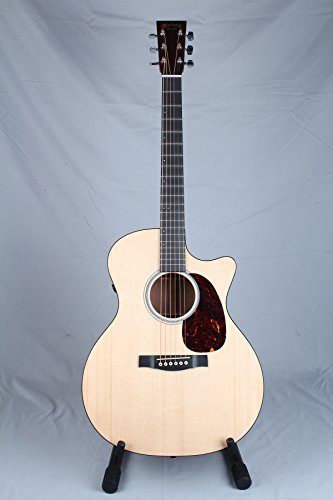 The GPCPA or performing artist series is relatively new to the line-up of Martin acoustic guitars. They sort of have a similar look to may of the Taylor guitar series. Its a matter of opinion, but to me, these guitars look good with and without the cutaway. Some of the older styles while functional with the cutaway, lose a little something in the looks department when part of the body is cut away. Don’t let the fact that these guitars don’t have the rich history that many of the standard models have. These guitars are packed with features are an excellent choice for practicing at home or out on the road.

How does GPCPA4 Rosewood stack up to the Standard D-28? 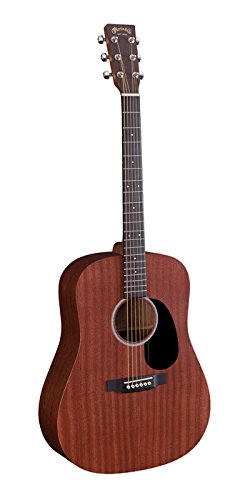 The Road Series provides an all wood guitar with the traditional body size and shape but at a much more affordable price. This guitar also is built with Sustainable Wood Parts. If your looking for a high-quality guitar at an affordable price, look no further than the DRS1 models.

At first glance, this guitar looks like the traditional dreadnought shaped Martin D-15M which is made with a mahogany body. But the DRS1 is actually made from Sapele. The top, back, and sides are all Sapele. The properties of Sapele are very similar to Mahogany in that it creates a sound that is focused on the mid-range tones and is very warm sounding and lends itself to finger-style picking.

One of the other features that are popular with this guitar is the use of environmentally friendly materials for the neck, nut, bridge, and fingerboard. If you haven’t played a Martin acoustic guitar with the stratabond you should try one and I think you’ll find they are very playable. But maybe not a beautiful as the all wood necks that come in the Martin Standard Series guitars. 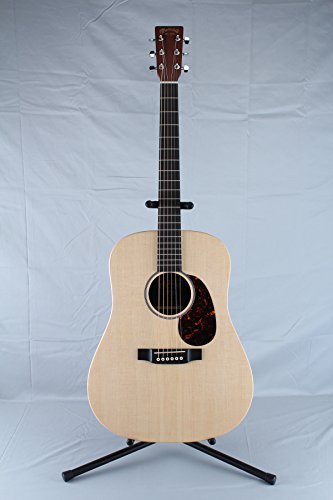 This is a great entry level guitar and has all of the Martin quality built in it. It just extends the use of the HPL (High-Pressure Laminate) or Stratabond material to the back and sides.

At this price the tone of this guitar won’t hold up to the standard series, however, it does have quality components and setup make it an easy guitar to keep in tune and you don’t have to be worried about accuracy in the upper registers.